Innovation that Creates New Value, for Individuals and Society 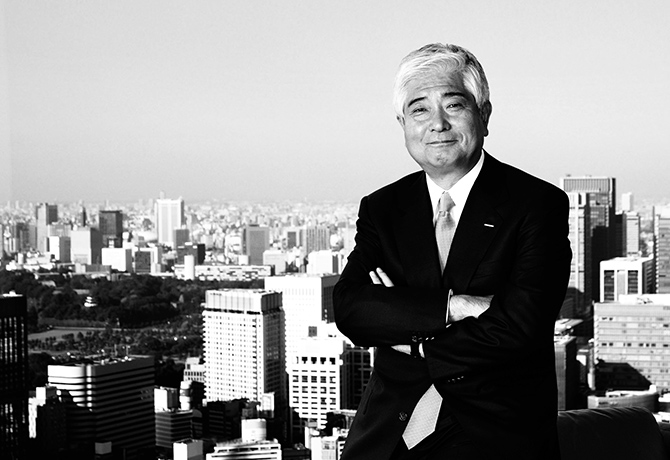 In the first decade of the 21st century, a myriad changes that will have a profound impact on the societal structure in which Dentsu operates began to take shape. The Internet, mobile devices and other communications technology rapidly advanced. Population demographics changed significantly owing to such factors as low birth rates and aging populations. Newly emerging economies made huge strides as globalization became more widespread.

In 2008, President Takashima announced the start of a transformation of the Dentsu Group which would focus on deepening its specialist capabilities in each of its business domains and building an organization with the ability to generate results by fully integrating the sum of its parts. 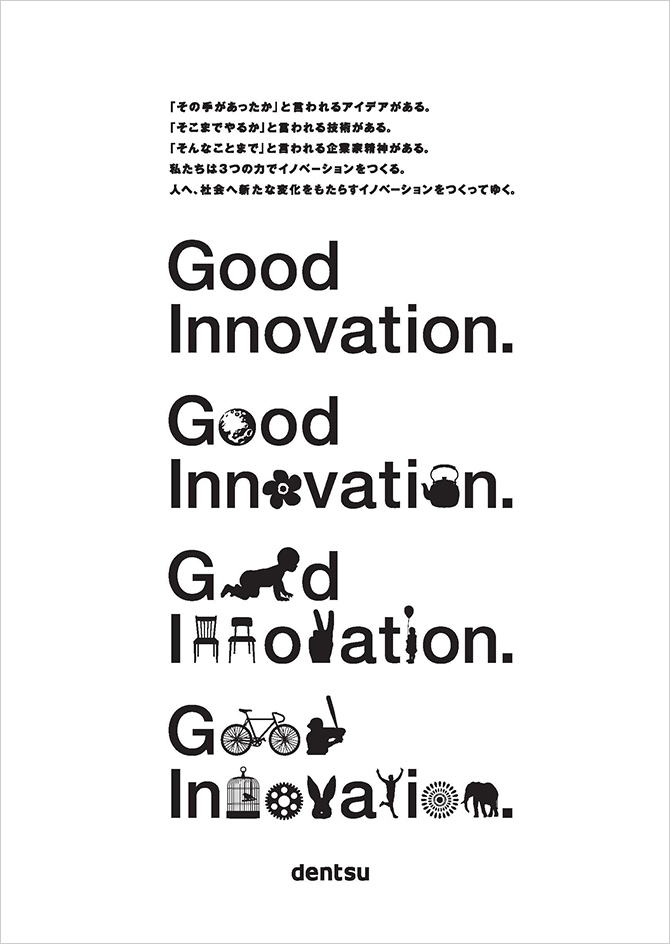 The following year, the Group adopted a new corporate philosophy with the slogan "Good Innovation." This philosophy defined the Dentsu Group's overall business domain as "Integrated Communication Design," which means generating optimal integrated solutions in Japan and the global market, covering all spheres from management issues faced by clients to communications.

Furthermore, in the same year, Dentsu launched a new five-year medium-term management plan, "Dentsu Innovation 2013." Under the slogan "Taking on the Platform Era," the plan aims for the creation of new platforms in such areas as content distribution, IT solutions and smart grids.