Dentsu Determined to Cover All Spheres of Communications

From an Advertising Agency to a Communications Company 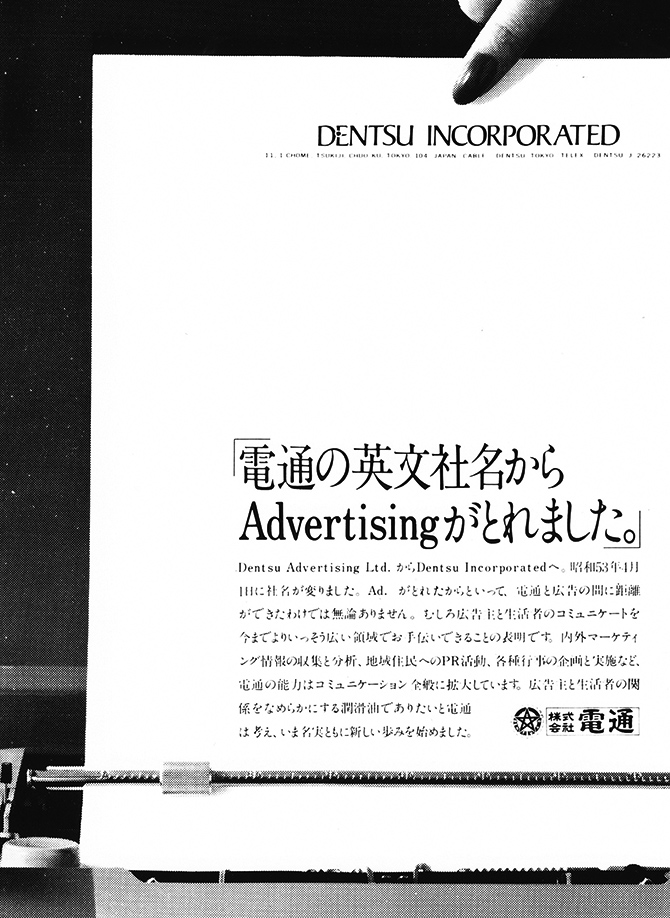 In 1978, after having overcome the blows inflicted by the global oil crisis through top-down efforts to attain higher efficiency, Dentsu changed its English corporate name from Dentsu Advertising Ltd. to Dentsu Incorporated, signifying the beginning of its transformation into a communications company. The Company rapidly expanded its business domains as it began working with emerging new media and stepped up its involvement in large-scale public sector-led regional promotion projects.

Dentsu acquired an array of exclusive rights in Japan related to the 1984 Los Angeles Olympics, and developed the "Gambare Nippon!" (Go Japan!) campaign through which national sports federations received corporate sponsorship in return for athletes' appearances in advertising campaigns, thus laying the foundation of its sports-related marketing business. 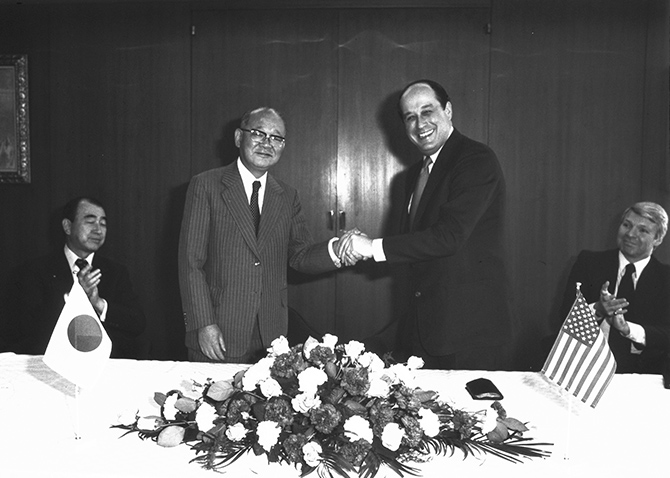 As a key part of its overseas business strategy, in 1981 Dentsu signed a basic agreement with Young & Rubicam (Y&R)—the largest advertising agency in the United States—establishing an international strategic alliance. This led to the launch of DYR Worldwide, which built up a global network spanning Europe, the Americas and Asia.

Separately, Dentsu became a pioneer in the Chinese advertising market in 1980 by becoming one of the first international agencies to establish an office in Beijing.

In 1988, amidst the economic boom in Japan that would become known as the bubble economy, Dentsu's fiscal-year net sales surpassed one trillion yen, making it the first advertising agency in the world to reach such a level.