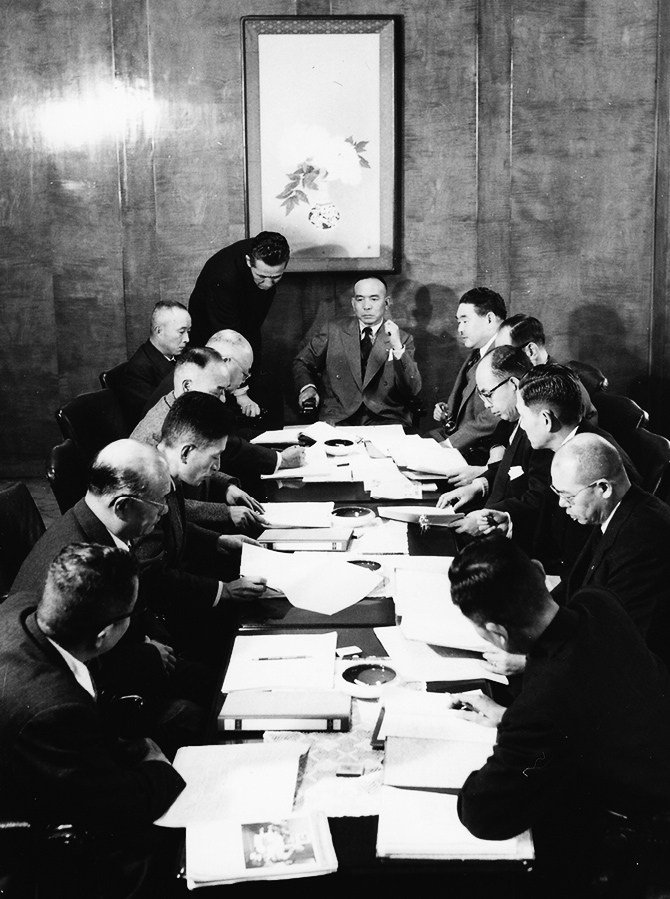 By the time the Second World War ended, much of Ginza lay in smoldering ruin. Miraculously, the Dentsu Head Office Building had survived, and it was from here that the Company began its post-war era. In June 1947, Hideo Yoshida (1903–1963) became Dentsu's fourth president. Yoshida was determined to transform Japanese advertising into a modern, scientific business. Under Yoshida's resolute leadership, the atmosphere inside the Company brimmed with a sense of vitality, and the number of Dentsu employees grew rapidly. 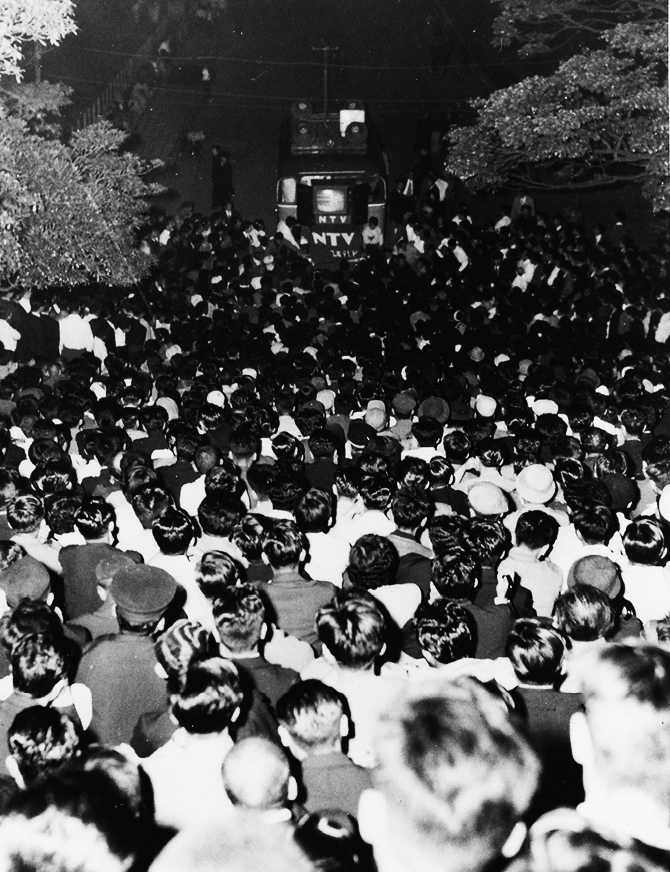 He enthusiastically poured his energy into popularizing these new media, which provided critical momentum for Dentsu to make a quantum leap to its next stage of growth. Around the same time, as post-war paper shortages eased, newspapers were once again allowed to compete freely, and the nationwide circulation of daily newspapers rose steeply. Yoshida sought to ensure the future health of the newspaper advertising industry by promoting transparency in the setting of advertising rates and the establishment of a third-party institution to provide audited circulation figures.

In 1955, the first year of Japan's record-breaking period of rapid economic growth, the Company's official name was changed to Dentsu Advertising Ltd. the abbreviated name by which it had long been known. 20 years after becoming a company focused exclusively on the advertising field, Dentsu's path toward development into a modern advertising company began to take shape.