The Dentsu Group Invests in IDN Media, a Media Platform Company for Millennials and Generation Z in Indonesia

The reasons behind the investment are the strong population growth in Southeast Asia, the continued expansion of the digital advertising and e-commerce markets, and the signs of new media platform needs by the mobile native generation.

IDN Media was established in 2014, and as a media platform company for Indonesian millennials and Generation Z, it aims to democratize information with the vision of providing access to appropriate and high-quality information for a better Indonesian society. Since its founding, the company has developed various digital media such as IDN Times, a news and entertainment digital media; Popbela.com, a fashion and beauty digital media for women; Popmama.com, a parenting guide for pregnant women, moms and dads; Yummy, a cooking video media, and FORTUNE Indonesia, a business media. In addition, IDN Media also operates IDN App, a content super app; GGWP, an eSports platform; ICE, a creator platform; and IDN Pictures, a film company. IDN Media offers a wide range of content through the multiple platforms it operates. As of July 2022, the number of monthly active users (MAU) has exceeded 80 million, and IDN Media has grown to become Indonesia’s leading media companies within 8 years of its founding.

IDN Media’s strengths are the communities and influencers who support high-quality user-generated content (UGC: a general term for content created and generated by users, including articles, live streams, illustrations, and comments) and the way in which it balances a stable supply of hyper-local content (super-community-based content particular to a specific region) with quality control. In addition, the tech team that improves and implements new media formats such as live streaming and the UI/UX of apps at high speed is expected to contribute greatly to the development of a super-app (which integrates multiple app functions used in smartphones that are widely used in Asia) that meets the needs of the new media platforms that will emerge in Southeast Asia.

Taking this investment as an opportunity, the Dentsu Group will combine the capabilities of IDN Media with the business development capabilities, creativity, and networks unique to the Group to support the creation and expansion of platform businesses that deliver new value to the mobile native generation, and will evolve R&D activities in Southeast Asia. 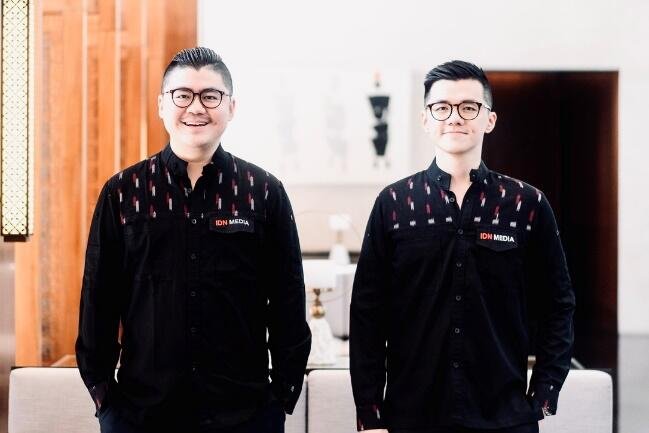 photo:
Brothers Winston Utomo (CEO) at the left and William Utomo (COO) at the right 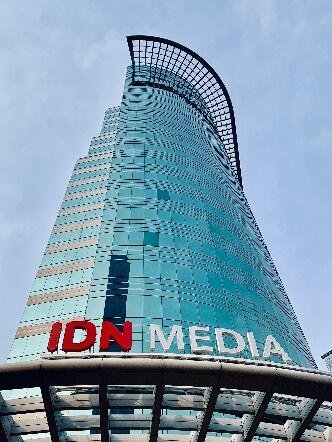