“Own Interests and Benefits” stressed in Japan, the US, and Europe;
“Public Welfare” emphasized in ASEAN Region and China

The survey was conducted to compare both the differences in receptivity to sustainability-related efforts (such as the reduction of CO2 emissions and the elimination of plastic waste), as well as changes since the 2010 survey.*1 The main findings are as follows.

(3) Support for Social Activities
Respondents deeply engaged in “Social activities such as the collection of signatures and donations” ranked lowest (28.0%) in the 12 countries polled.

(7) Economic Awareness
“I have my hands full keeping my current livelihood” (61.2%) ranked top in the 12 countries surveyed.

(3) Consumption Awareness
In Japan, consumption is for “Own interests and benefits” (61.6%), rather than for “Public welfare.”

The Survey Results: Summary and Key Findings
In Japan, the image of sustainability is more concrete now than it was 10 years ago, with reusable bags and refillable products having become commonplace. However, despite a certain degree of environmental awareness when shopping, only some people are willing to accept the burden of environment-related costs and support related social activities. Thus, it cannot be said that the average Japanese is fully aware of the ramifications of utilization and disposal. Further, more people have their hands full keeping their livelihood than worrying about the welfare of the next generation. This is a trend seen in other economically advanced countries.*2 Differing from Japan are the ASEAN members Indonesia, the Philippines, and Vietnam. The survey results show a high percentage of the people in these nations support social activities, are willing to prioritize consumption-related public welfare, and engage in recycling. Further, interest in social issues is triggered by “Social media postings.” This indicates a difference in terms of media contact, compared with the predominance of news in economically advanced countries. Since the ASEAN region has a youthful population, the explosion of social media use has the potential to widely disseminate environmental sustainability awareness. 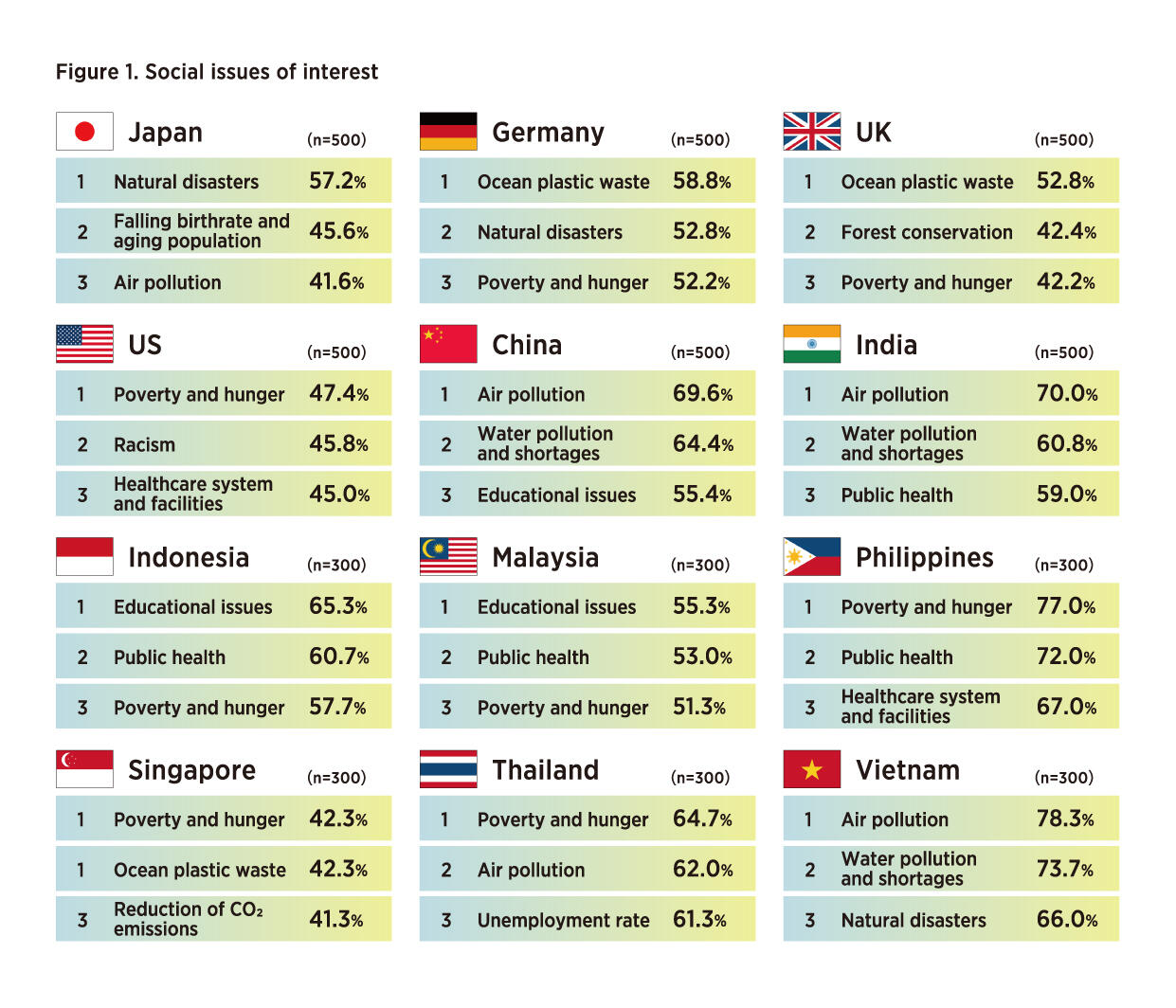 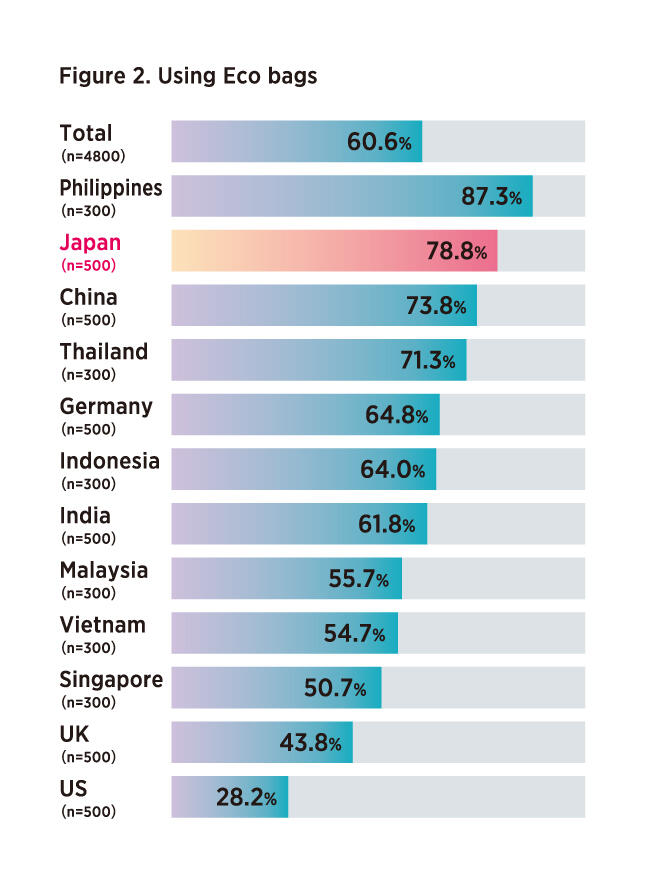 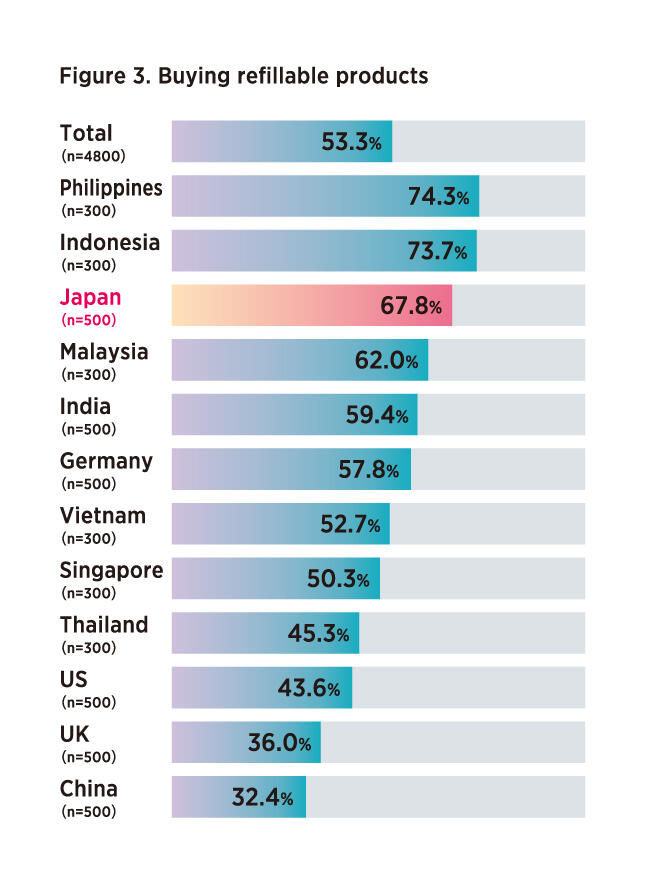 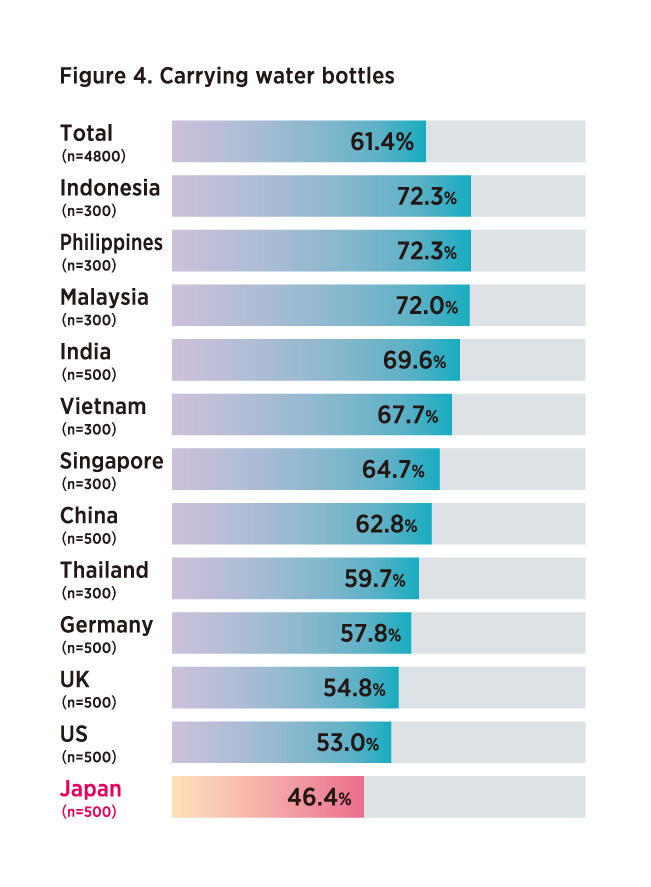 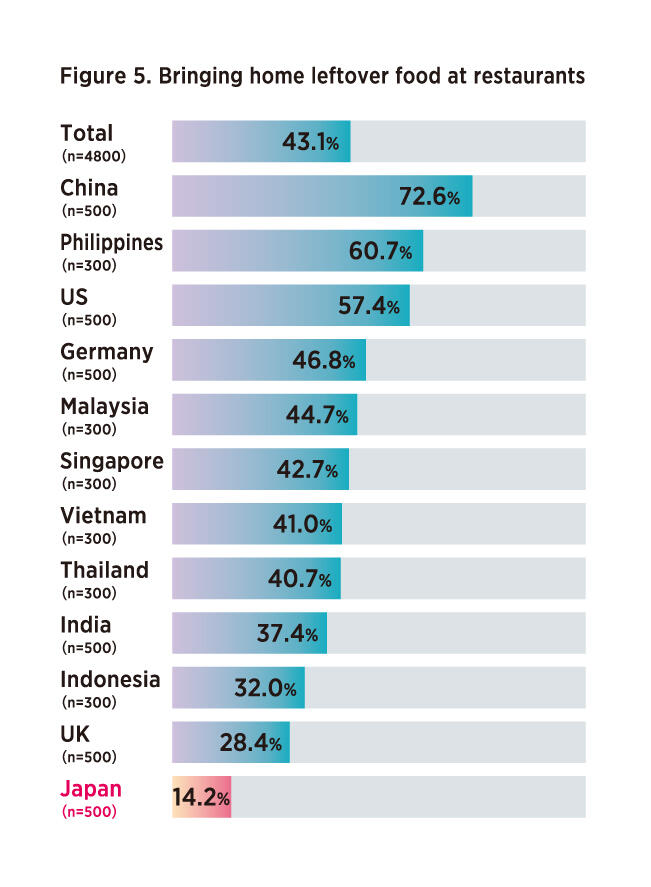 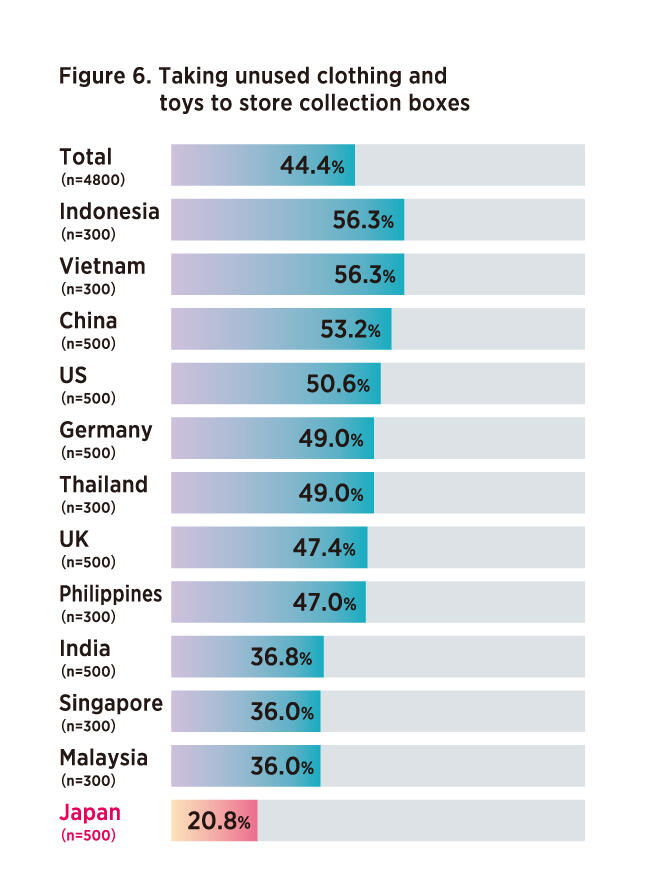 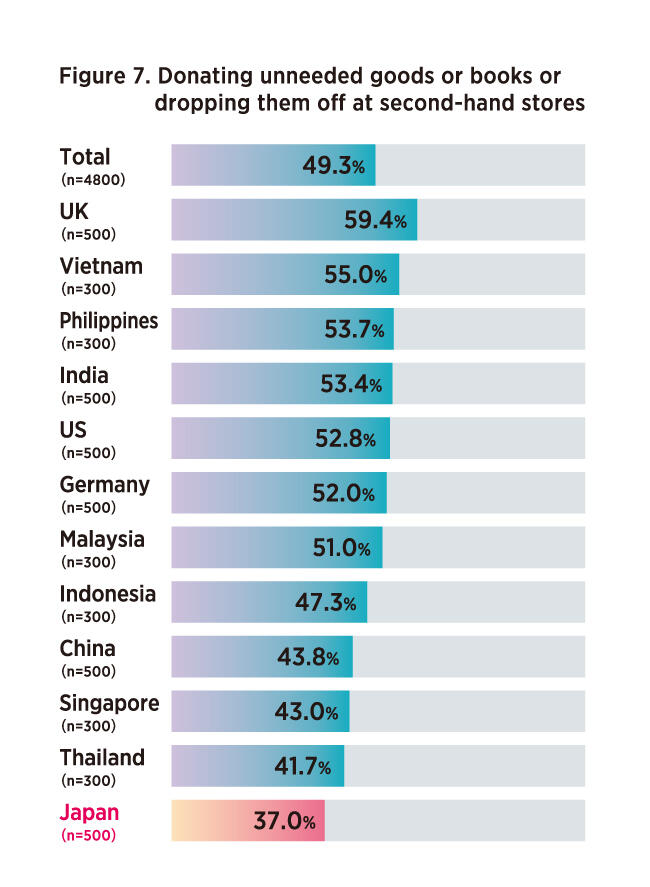 (3) Support for Social Activities
Respondents deeply engaged in “Social activities such as the collection of signatures and donations” ranked lowest across the 12 countries at 28.0%. 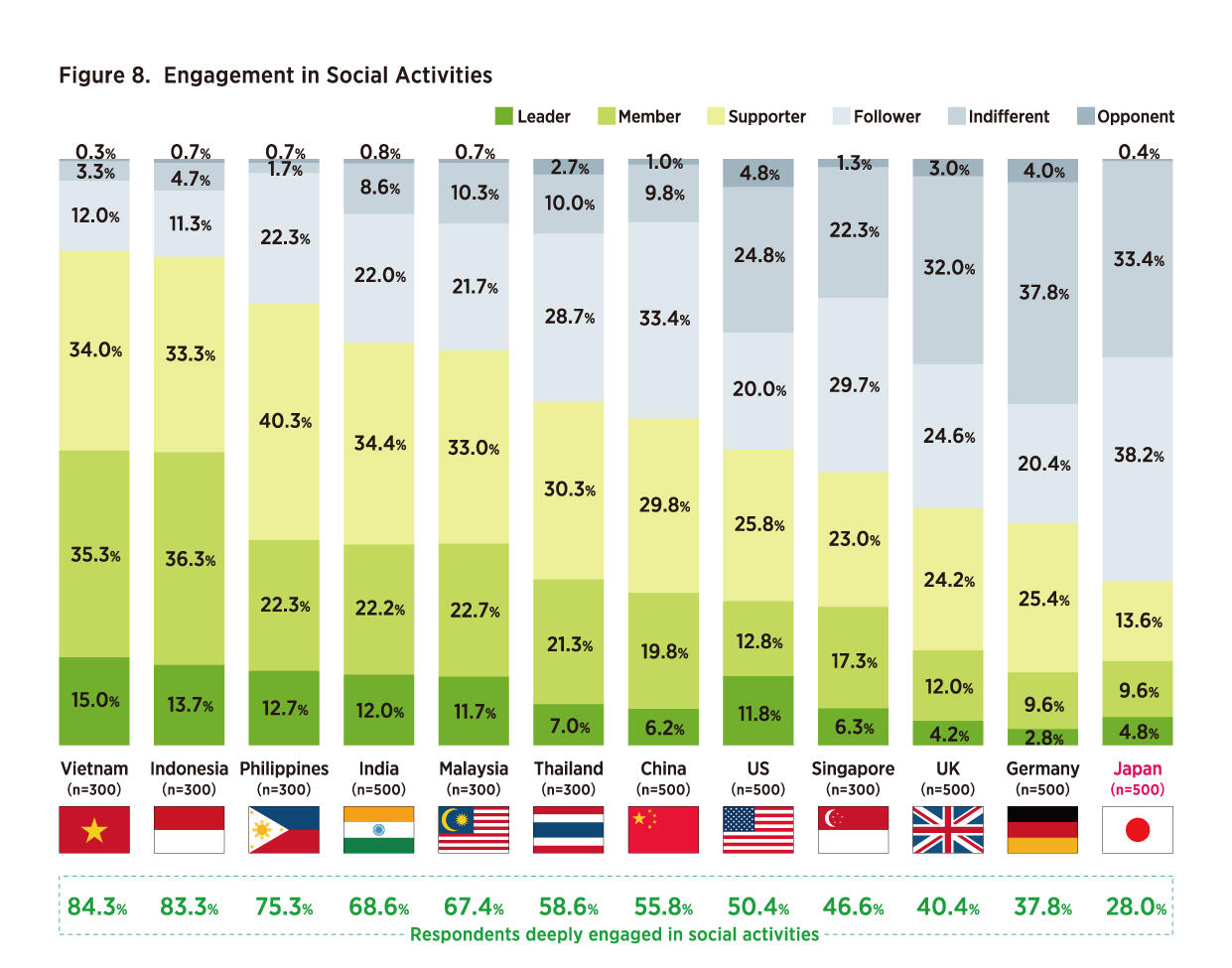 (4) Triggers for Interest in Social Issues
In Japan “News and [print/internet] articles” (56.0%) and in ASEAN “Social media posts” ranked high. 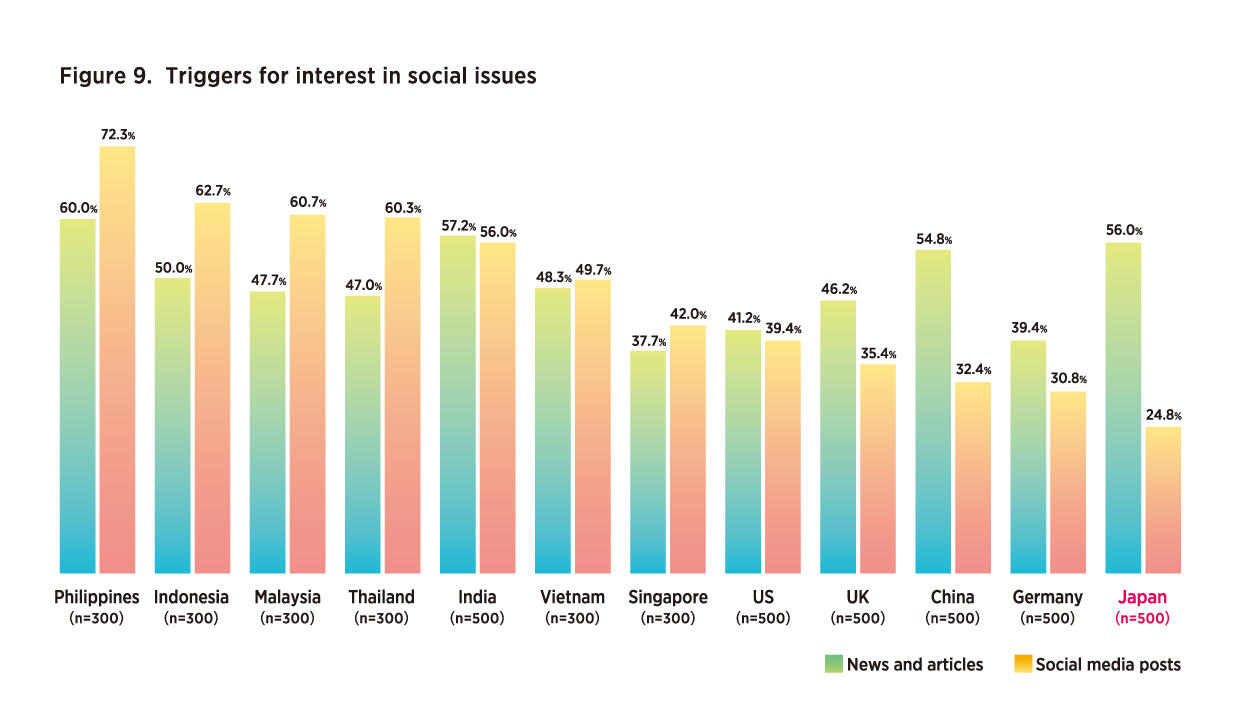 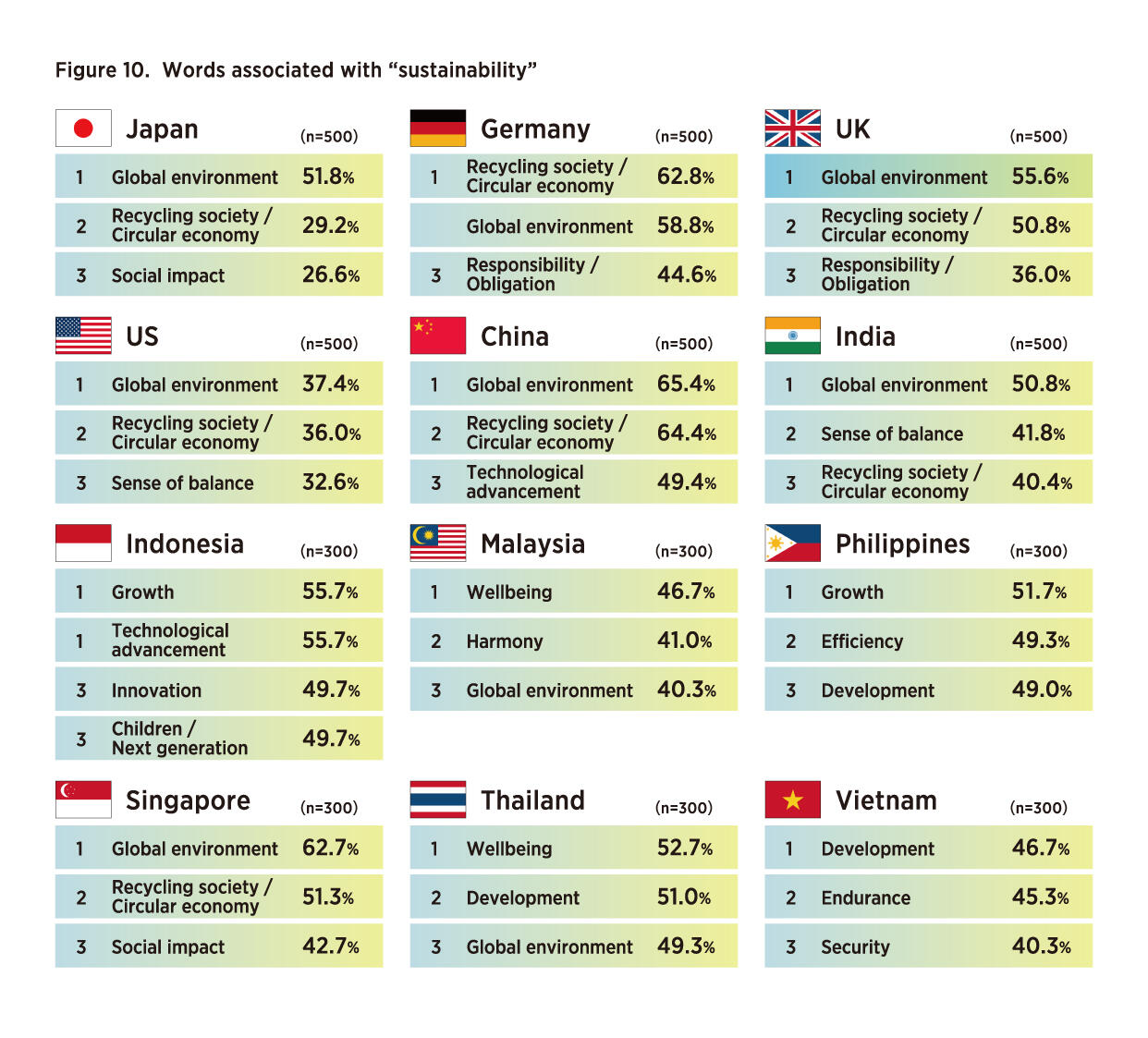 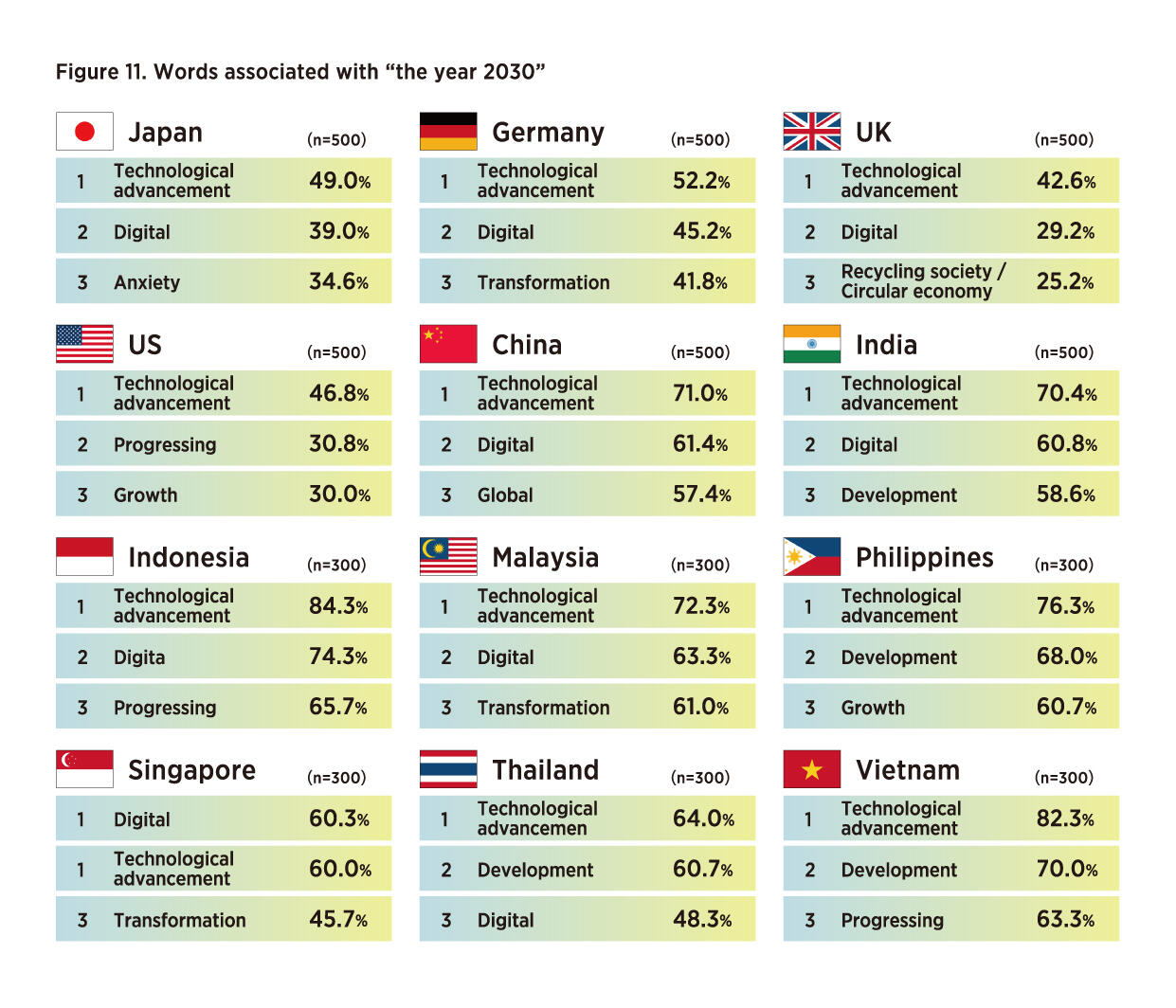 (7) Economic Awareness
“I have my hands full keeping my current livelihood” (61.2%) ranked highest across the 12 countries. 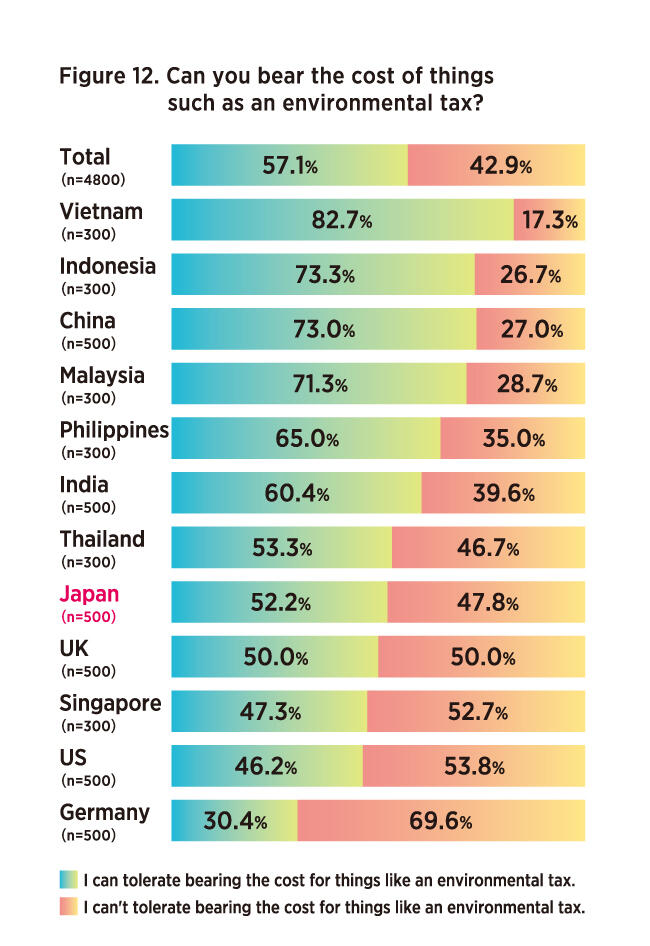 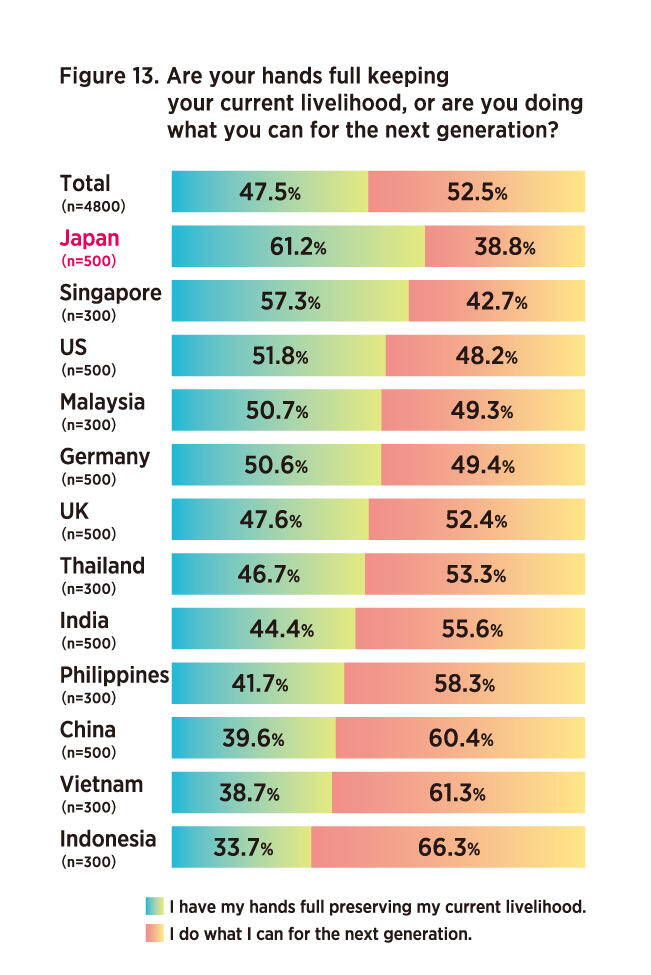 (3) Consumption Awareness
In Japan, consumption is for one’s “Own interests and benefits” (61.6%) rather than for “Public welfare.” 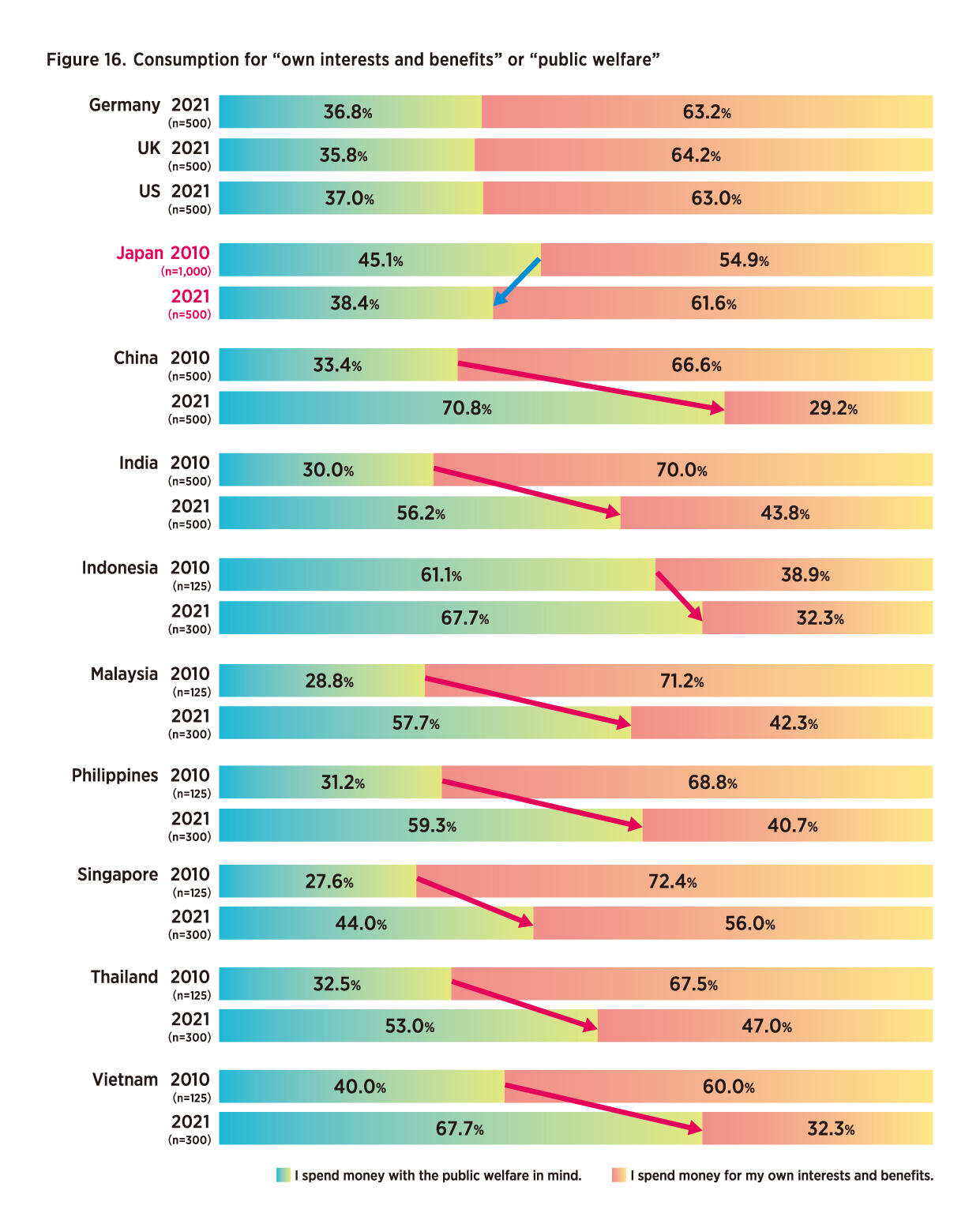